You are here: Home / Blog / beliefs

Overheard in a coffeehouse:

Woman:  I had all of these beliefs about what love was supposed to look like, and it took me years to get past that. I believe differently now.

Man:  But how did you change your beliefs?

Woman:  I just stopped believing them and decided to believe in something else.

The man looked shocked, as if the woman had just announced that she had woken up one day and decided to swap out her entire head for a new model.

For many of us, our beliefs seem not just integral to who we are, they appear to BE who we are:  I am a Christian, someone might say. I am a Democrat. I am a hopeless romantic.

The above aren’t who we are. They’re not even fact. They are beliefs, and beliefs can be picked up and put down, in any moment, at any given time.

Some of you may be challenged by reading this. You feel your faith is important to you, and perhaps even defines you. You may feel threatened by the suggestion that your beliefs—ANY belief–is optional.

So let’s take it to a less volatile level.  Ask a child what they believe, and you’ll get a host of fascinating answers. They believe in Santa Claus, the Tooth Fairy and the Easter Bunny. They believe they have the power to make their parents sick or well, or possibly, in the case of children who’ve lost a parent, the power to kill them entirely, just by being angry one day and wishing them dead. Depending on their age, children may believe that they can fly, that there are monsters under the bed, that chocolate milk comes from brown cows, that tiny people live inside the TV and make all the shows.

They believe these beliefs as fervently as you believe yours. Are they “wrong?” In the context of what they know and what works for them? Nnot really. They, like all of us, choose their beliefs based upon observation, their imagination, their past experiences, and, most importantly, based on what serves them. Most of them will eventually replace these beliefs with different ones. And they won’t think a thing of it.

So why do we grown-ups feel all wobbly and even angry at the thought of questioning our beliefs, no matter how gently? A belief is simply a story. It may or may not be factually, observably true. And whether or not it’s universally true isn’t really the point, anyway.

Here’s where the real gold is:

What do you believe about yourself, about others, about life, about the world?

Does it serve you to hold those beliefs?

If it doesn’t, isn’t it worth questioning those beliefs that aren’t working and considering finding different beliefs that do?

Whatever you believe? Yep, you’re right.

But are you sure you want to be?

What we focus on expands. Or, as neuroscientists prefer to say, “what’s fired gets wired.”

But are you really aware of just what’s going down in  your mind? 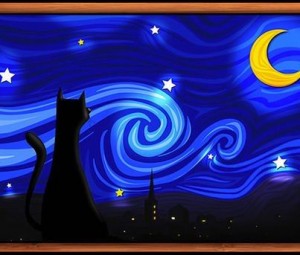 Most of us are aware of our significant thoughts–but even here, we may not understand that we choose them.  Big thoughts like “nothing works out for me,” or “men are creeps” or “money is the root of all evil” go therefore unchallenged, and so they have the power to inform and influence every action we take.

Do you want those kinds of thoughts driving you and creating your world?

And that’s just the big stuff.  What about the little nattering soundtrack most of us play all day in the background, the one that narrates our day? “You should have turned left at that light now you’re going to be late oh you forgot to stop at the bank you’re going to have to borrow money for lunch again no wonder no one from the office wants to go out with you maybe not even your boss oh what if I lose my job but I hate my job but I need the money what’s for dinner?”

Buried in that stream-of-consciousness babble are some really painful and limiting beliefs.  And there they are, thrashing around your brain virtually unchecked and perhaps even unnoticed.

Those thoughts impact your actions and create your reality to you.

Every thought, big or small, conscious or unconscious, is a choice.

Need help corralling your thoughts? Consider raising your vibration–and therefore the quality of your thoughts along with it–by joining us at https://raisedvibration.com.